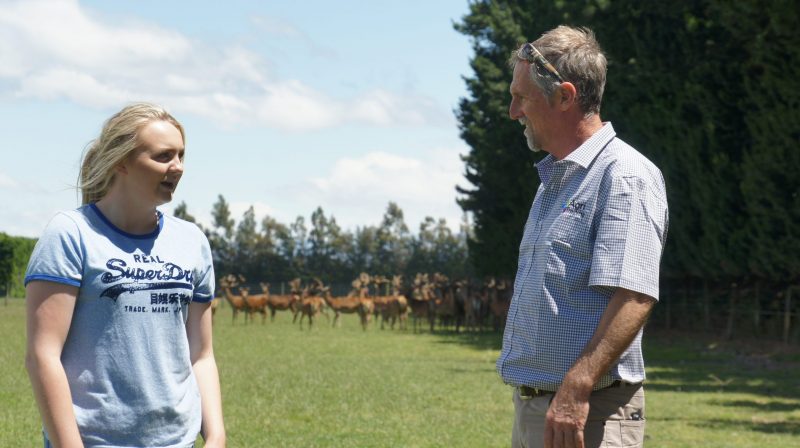 Any education provider is proud to promote their graduate employment statistics and Agri Training have a very positive message for those who are about to begin one of two diplomas on offer in 2020. After the release of Rabo Bank’s recent Agribusinsss Outlook report confidence is growing about the prospects for Agri Training graduates. Agri Training General Manager Greg Barnaby said, “When we see well conducted research that results in positive news for agriculture in New Zealand it certainly helps students make decisions about their futures”. “We know there are jobs out there at the end of your studies but this recent report helps reinforce that the agriculture sector has very strong prospects for our graduates”. Mr Barnaby said, “There are many new industries out there like I.T but agriculture is not only still strong as an industry but provides stable long term careers, and has done so decade after decade which allows us to reach out to students with confidence knowing that they will be in demand as a graduate.” The Agri Training programme for 2020 will offer a Diploma in Agriculture and a Diploma in Agriculture in Business Management. 2020 scholarships are open now for applications at www.agritraining.co.nz

An excerpt from the Rabo Bank report is below.

Despite rising downside risks, the New Zealand agricultural sector is poised for a third consecutive year of broad-based profitability in 2019, according to a newly-released industry report.

In its flagship annual Agribusiness Outlook, agribusiness banking specialist Rabobank says favourable production conditions and strong commodity pricing are likely to continue throughout 2019 and these factors, combined with an anticipated weakening of the New Zealand dollar, would set up a further profitable year for farmers across New Zealand’s major agricultural sectors.However, while the report’s primary forecast is for a positive 2019, it cautions that downside risks – particularly those relating to New Zealand’s major off-shore markets – are mounting and have the potential to de-rail the industry from its unusually long winning streak. Releasing the report, Rabobank New Zealand Country Banking general manager Hayley Gourley said many of the factors which played out in New Zealand farmers favour during 2018 were set to extend throughout the coming year.

“The weather has been highly favourable for the agricultural sector in recent months and the outlook for the foreseeable future looks benign. Commodity prices for New Zealand’s main agricultural products are also strong at the moment, and, while prices for some commodities are set to soften modestly in 2019, others should strengthen,” she said. “In addition, we expect the New Zealand dollar to drift lower over the course of the year, bringing the prospect of the lowest average annual exchange rate against the Greenback seen this decade.” Ms Gourley said the agricultural sector’s sensible use of profits in recent seasons was a further factor which had positioned the industry for a strong showing in 2019. “As foreshadowed last year in this report, it is important for New Zealand agriculture to spend money wisely during any good run of seasons. Fortunately the industry appears to have done this of late with strong collaboration between industry and government helping advance market development opportunities and to put the industry’s house in order locally,” she said. “We’ve also seen many farmers focus on reducing debt rather than increasing land holdings, and this has helped avoid a further land price escalation.”

The report says the stagnant land market was one unusual aspect of the New Zealand agricultural sector’s recent run of strong seasons. “In 2018, we saw a significant decrease in the number of properties changing hands in all sectors. In the dairy sector, where transactions did occur, sellers had to adjust expectations to move the property,” Ms Gourley said. “The absence of inflation in dairy land values through such a positive period should be welcomed, given how expensive agricultural land has become, but the lack of price appreciation through a period of sustained profitability and lower interest rates is also a reminder that unusually good prices are already fully baked into some New Zealand land values.”

0Shares
PrevNext
This websites uses cookies to ensure that we give you the best experience on our website. We also use cookies ensure we show you advertising that is relevant to you. Find out more.